Either Way Up - The Elizabeth Scarf. 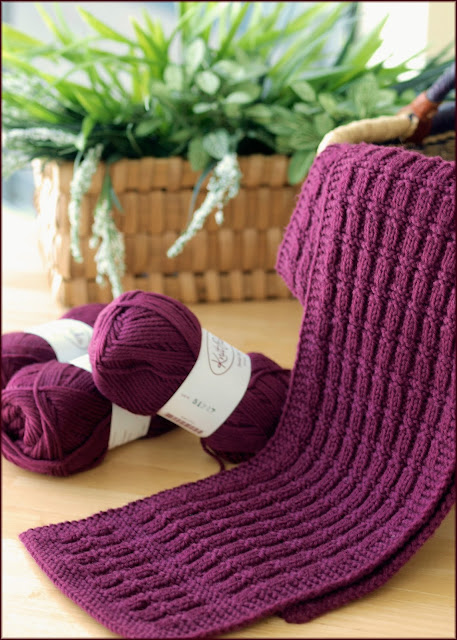 I love scarves that you can just throw on and don't have to worry about whether you have the right side or the wrong side showing.

The corollary was also often true, that if a stitch pattern was described as giving a flat result, then it was quite often reversible. 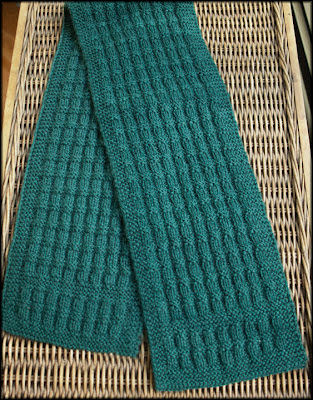 Both pretty obvious statements once you think about it, but it hadn't occurred to me until that point. It's the imbalance between knits and purls that make a Stocking Stitch fabric curl inwards after all; the forces between a knit stitch wanting to go in one direction and a purl stitch going in the other that causes Garter Stitch to become so compressed, and so on.

Reversible fabrics, though, have a wonderful balance between knits and purls on both sides and the fabric lies compliant and flat while showing stunning textural effects. Simple! 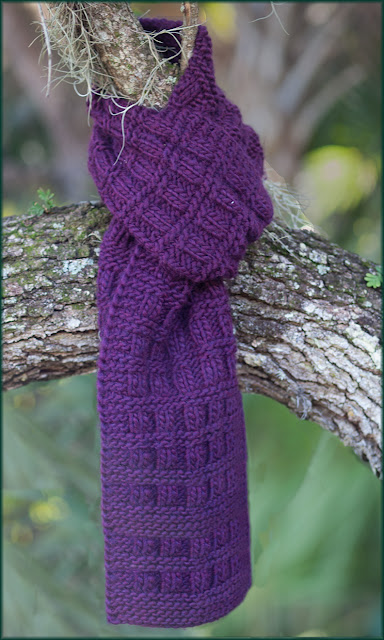 In the Elizabeth Scarf shown here I have used one of my favourite reversible stitches, Hatfield Check from our new book, Reversible Knitting Stitches. This is nice easy stitch to work but still has a lot of interest as you work. The ends of the scarf are defined with extra bands of Garter Stitch giving an added touch of interest, and the pattern includes a remedy for the splaying out that can happen in this situation. 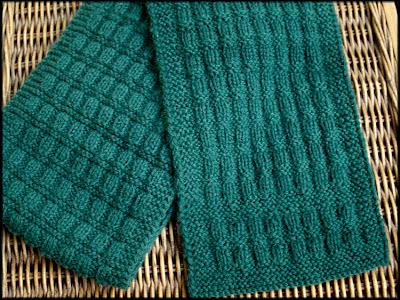 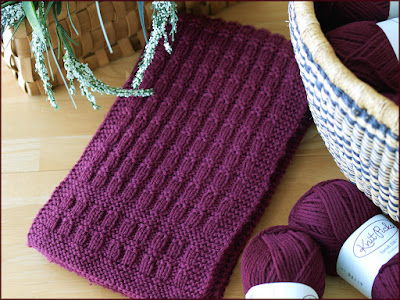 The maroon scarf is worked in a slightly heavier yarn, a Knit Picks DK wool yarn called Swish DK. It has a wonderful drape and this has already become one of my firm favourites this year. This scarf is nice and long and lends itself to all kinds of fancy scarf tie-ups. 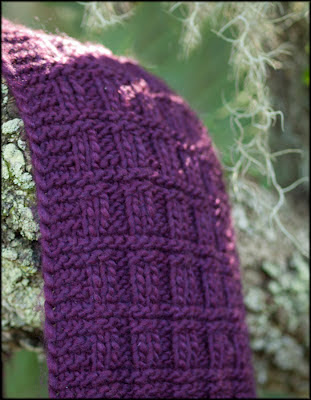 The third version, a plum-coloured scarf, is in a chunky acrylic/wool mixture giving an altogether softer and bolder appearance. The added bulk will be good to stop those wintry draughts at your neck when you are waiting at the tram stop.

Please also see the Blogpost: How long shall I make this scarf? which features this scarf.