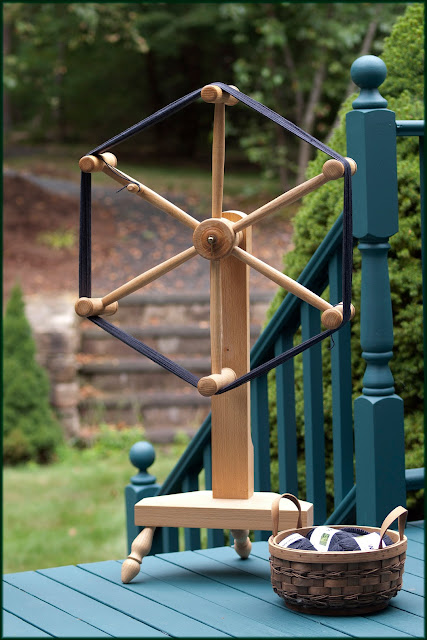 Thanks for all the great messages on the new BYOB 2.0 - Bring Your Own Bag! pattern. I'm pleased that it seems to be working well for everyone. I have had several requests for a bag tutorial / knit-along, and I'm happy to start that today.

I'll be starting with pre-washing yarns and why we would want to do that.
Then next will be different methods for working a Provisional Cast On,
And after that we'll get going on a slightly simplified version of the bag using just one colour. 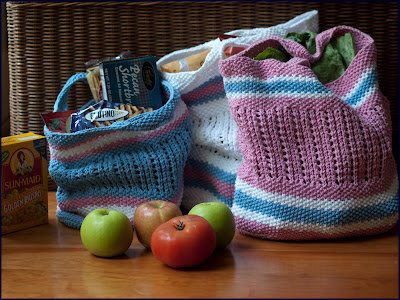 I'll cover selvedges/selvages, alternative stitches you can use if you're not a fan of Seed Stitch, picking up stitches, and changing the number of stitches to suit your tension swatch – you did make a tension swatch, right??! Then we'll work up the sides of the bag, and cover a couple of different handle ideas.

In the pattern, I have included the note: "Preferably pre-wash your yarns as cotton yarns have a tendency to shed colour when first washed."

Now of course this isn't absolutely necessary, but is something I've done ever since I first started hand-spinning and saw the benefits of pre-washing yarns. Washing your final yarn is a vital part of hand spinning and helps to set the twist. It also relaxes the fibres that have been put under tension during the spinning process and brings out the best in your finished yarn.

Commercially produced yarns also suffer from the tensions inherent in the production process and this can lead to a slight stretching. Have you ever worked a tension swatch only to see the numbers of stitches and rows in 10cm/4ins change a lot after washing? That may be because the yarn was just ever-so-slightly stretched in the ball and can now relax.

The opposite can also sometimes happen: the washing process can allow the fibres in the yarn to slide into a more comfortable position causing the final item to stretch. Now you have a garment which might fit a large gorilla! So washing takes away possible tension surprises. 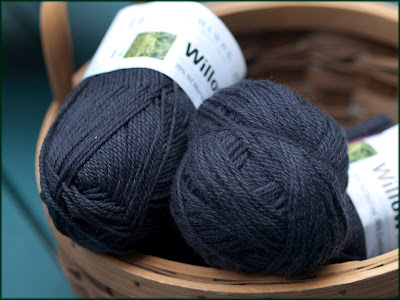 Another good reason to pre-wash your yarns is because commercial yarns often have spinning oils or other "finishes" on them. This can make the balled yarn appear a little harsh or firmer than you might expect it to be. In a skein, this can be easily washed out, but once knitted it gets harder to remove these finishings. It's also nicer to knit with a soft, fluffy yarn rather than one that feels a little stiff and scratchy in your hands.

The photo above shows how some Zealana Willow yarn "bloomed" and softened on washing. On the left you can see an unwashed ball with a slightly crisp finish. The ball on the right, however, shows how it came after washing. The yarn is now fluffy and soft. 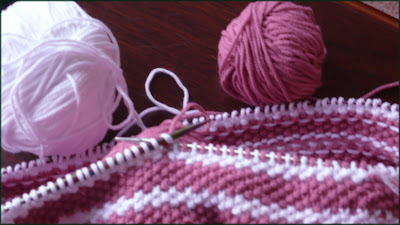 Thirdly, the dyes may not have been completely washed off the surface of the yarn. You hope that most of the dyes will have penetrated the "core" of the fibre and won't dislodge as you work. However, some of the colour might not be firmly enough attached. Washing will remove this excess dye so that it won't migrate into the next colour band after the item has been completed. This happens a lot with cotton, and certain dyes also have a harder time penetrating right into the fibre core.

And lastly, pre-washing gives you a chance to "meet" your yarn. By the time you have finished, it will have passed through your hands not once but twice, giving you the chance to find out where the flaws are and to note down all the possible joins. Again, this just helps to remove some of those unwanted "surprises" that we all encounter when we are knitting!

Winding your yarn into a skein

There are a number of ways of doing this. Starting with the most expensive (well, why not!), you can use a freestanding skein winder (see the photo at the top of this blogpost). The advantage of this is that it is fast, efficient and gives your dear husband an excellent excuse to buy you something beautiful for your birthday. (Thanks, Tim – you're a star!!)

Mine was made by Reeves and is unfortunately no longer available, but newer versions can be found in the Woolery and antique ones often come up for sale too. 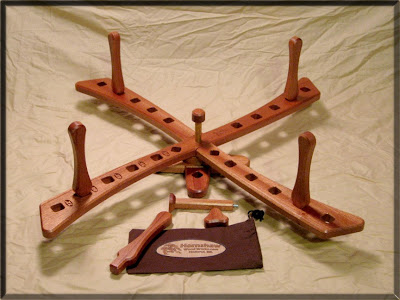 There are also some interesting swifts which can be used also as skein winders such as this beautiful one by Hornshaw Woodworks on Etsy. 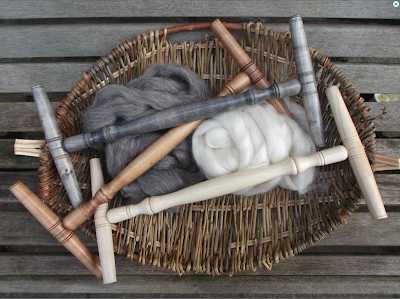 An alternative method is to use a Niddy-Noddy. This has a short central stick with the two end arms at right angles. The skein is formed around the arms of the Niddy-Noddy in a fairly hypnotic action. These come in all various sizes, but I was especially taken with these Niddy-Noddy's made from Welsh wood available on the ThomasWoodlandWool Etsy store. The ones pictured here are a standard 2-yard size, but a 1-yd sampler size is also available.

Lastly, there is the free option of winding a skein around your arm. Just bend your arm and pass the yarn first around your elbow and then between your thumb and first finger. The skein produced is fairly short this way, but at least you always have this option to hand! 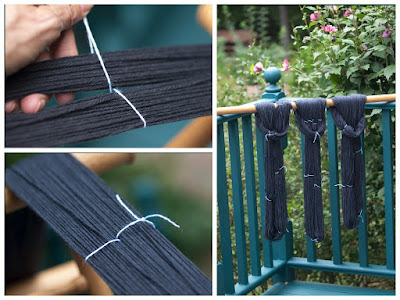 Once you have your skein wound, secure it in several places with figure-of-eight ties so that it does not come adrift.

Then carefully hand wash the skeins using the product that you intend to use for the final item, then rinse until no more dye comes out. Take the worst of the water out by rolling in a towel, or place the skeins in a mesh laundry bag and give them a quick spin. Hang them up to dry, unweighted, and occasionally move the skeins around so that a different part is at the lower loop. 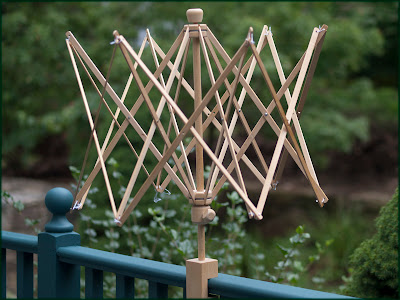 When you wish to wind the skein into a ball again, place it onto an umbrella swift and remove the ties.

If you don't have one of these useful devices, then ask the nearest passing niece or nephew to stand for five minutes holding their arms out while you wind a ball. Gotta love these free alternatives! 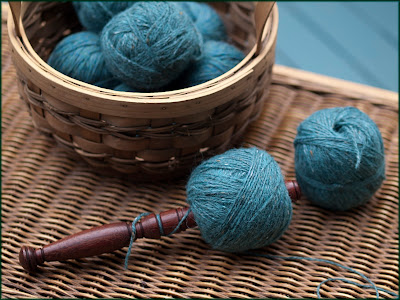 Wind it into a ball either by hand or around a Nostepinne / Nostepinde as above. This is a shaped wooden stick which produces a centre pull ball. Alternatively, you can use a ball winder such as this one from Knit Picks.

Then you're all set. It doesn't take as long as the foregoing spiel makes it sound! However, I really do find that it is worth this one extra step to ensure that when you do start knitting, the results will be just as you want them to be.