Time to wrap up 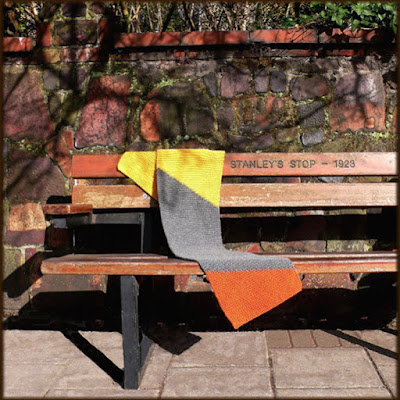 It's getting decidedly chilly in the evenings! Definitely sweater and scarf weather, and perhaps it will soon be time to bring in the firewood for a cozy log fire. Yes, the evenings are drawing in and Autumn is upon us.

So, I am starting a series of blogposts with some great ideas for this year's Autumn and Winter knits, starting with one of Anna's wonderfully colourful designs, her Autumn Scarf. I love Anna's sense of colour — she brings such a fun element to all of her knitting patterns and the Autumn Scarf is no exception. 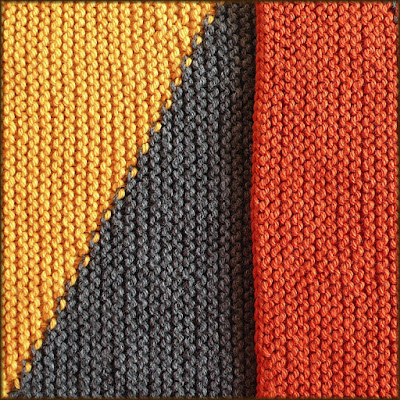 The scarf is worked in Berroco Vintage Chunky yarn, a wool / acrylic mix which is soft, warm and knits up quickly.

The design is simple yet bold. With its diagonal colourblock pattern and irregular spacing, the effect created is eye-catching and can look very different depending on how the scarf is worn. The scarf measures 150cm / 60 ins long so is a great length for either draping round the neck or wrapping once or twice around for extra warmth.

See my earlier blogpost, How long shall I make this scarf? for more info on scarf length. 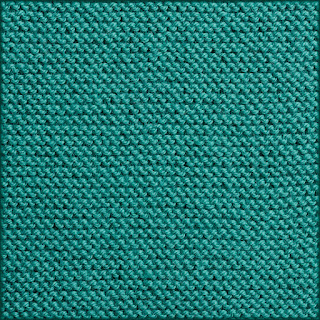 The Autumn Scarf features one of the first patterns that every beginner knitter learns to use, Garter Stitch. The sample photo above is taken from our book Reversible Knitting Stitches and shows the beautiful regularity of the stitch. Garter Stitch is truly reversible and works well on its own or as a border.

It is a beautifully flat stitch so is a great choice for a scarf such as the Autumn Scarf. It does need to be worked at a consistent tension to look really neat but is easy to work and gives a lovely warm finish. 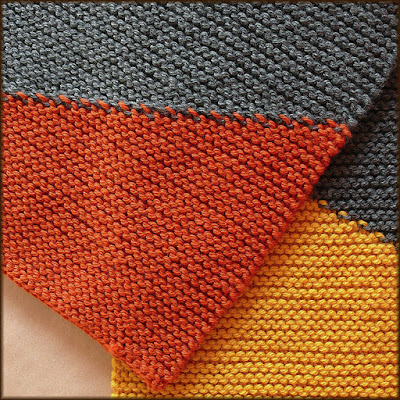 If you would like to see more details about Anna's Autumn Scarf knitting pattern, then please visit her website: www.kikuknits.com.

And to read about our new Reversible Knitting Stitches book, please click here. The book is available as an E-Book, a Print book or a Print and E-Book package.

Next time I will be looking at another scarf, but this time one with a cozy hood attached!

Until then, Happy Autumn Knitting!

Last Blogpost: What time is it?
Next Up: Vera calling

What time is it? 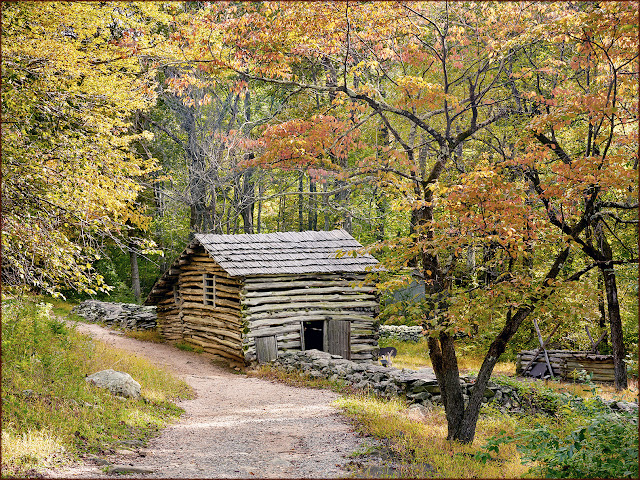 I can't believe how fast this year is going. It only seemed to be Spring a short time ago and now autumn is here! The cold draughts have already started to creep under the doors and whistle around your ankles in the evening and the wind has a decided edge to it when you go to collect the post at the end of the driveway.

In fact, have you realised that there are only about 10 weeks left in the year? I hadn't until I looked this morning. The holiday season will be upon us before we know it!

So now's the time to think about getting those knitting needles polished up and ready for some serious knitting, whether it is for something warm to wear while you are walking the dog or a holiday gift for a loved one. 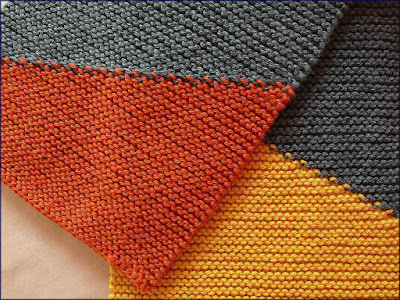 So I am going to start a new blogpost series with some ideas for winter and gift knitting that you could knit right now, all featuring stitches from our new book, Reversible Knitting Stitches.

In the next blogpost, I will be featuring one of Anna's lovely designs, the aptly-named Autumn Scarf.

Next Up: Time to wrap up

The way forward with wool 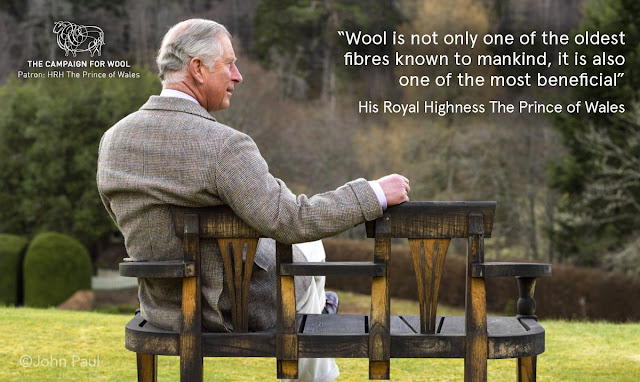 This week sees Wool Week, a week-long celebration by the Campaign for Wool. All across the UK there are events to show the wonders of wool, and newspapers have been bursting with woolly stories.

The Campaign for Wool was launched by the Prince of Wales in 2010 to promote wool-rich products and to support and grow the wool industry. His speech at the start of Wool Week this year highlighted the benefits of wool: its warmth, elasticity and the way it can be made into a vast range of items. 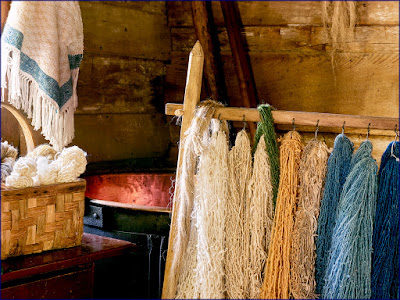 Prince Charles also spoke about the benefits of using natural materials such as wool for clothing. A couple of years ago, he buried two sweaters in a flower bed at Clarence House — one made from wool and one from synthetic materials. About 6 months later, the sweaters were dug up and they found that the synthetic jersey was still intact, while the wool one had quietly returned to nature.

Indeed this is one of the key problems of recent throw-away fashion trends. In the UK alone 1 million tonnes of clothing is discarded into land-fills every year. If a substantial proportion of these new clothes are made from oil-based materials such as nylon and polyester, then they will take hundreds of years to break down. Items made from wool would biodegrade within just a few short months.

Many major fashion houses now agree about the superiority of using wool as a renewable raw material, and we have seen designers such as Vivienne Westwood and Paul Smith leading the way to introduce many more wool items into their collections. Wool is now regularly featured on the catwalks in London, New York and Tokyo. 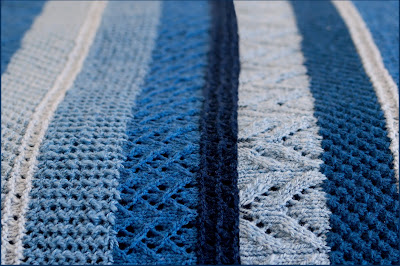 Wool has been used since mediaeval times and has been cherished for its versatility and the way the fibre can be recycled multiple times for different projects. Even small lengths of yarn can be incorporated into larger items, such as in the Ocean Currents Blanket pictured here.

My Welsh grandmother was a master in the art of unravelling baby sweaters, adding in a touch of colour and fashioning a new larger-sized sweater. As lucky recipients of her woolly creations we never felt cold! 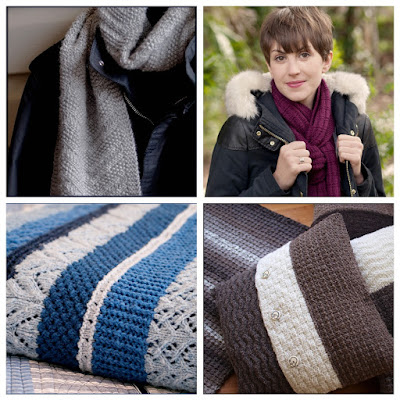 So to celebrate Wool Week, have a look in your yarn stash for some 100% wool fibre, and start a new woolly project today! For find the patterns in the photo above and other woolly patterns, please click here. All the patterns are available for instant download.

Next Up: What time is it? 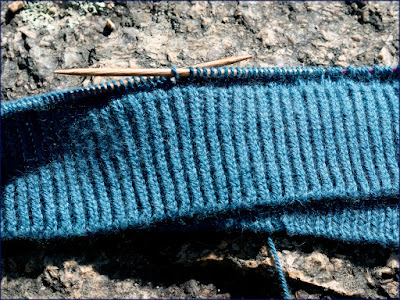 I love the architecture of rib stitches — the way they catch the light and the subtleties of shading in the patterning. It is an added bonus that most of them are reversible, too.

Rib fabrics also have such a fluidity to them, bending and stretching and then (usually!) returning to their resting state afterwards. They are just naturally elastic and are perfect for warm autumnal wear as they gently hug the torso and trap the air inside.

The photo above shows the rib for the sweater that I am working on right now, also pictured in last week's blogpost. This is a sweater I am making for my husband and is worked in a wonderfully soft wool/alpaca/angora mix yarn, "Fresco" from Classic Elite. 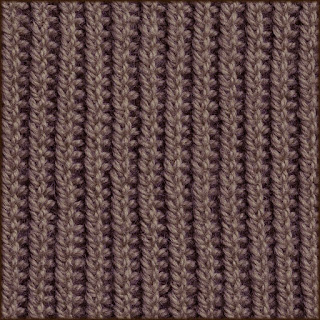 The rib I am using is called Half-Twisted Rib, which has always been one of my favourite stitches ever since I "invented" it when I was about 13! Well you do invent things at that age, don't you...

I had been working a sweater with twisted stitches on both sides and then realised that I preferred it if I only twisted the stitches on the right side. It was, for a start, much easier to knit and also gave a very neat well-spaced rib on the front. 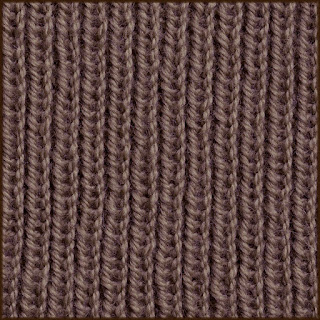 The back, meanwhile, had a slightly flattened version of plain rib which made it very comfortable to wear next to the body. Of course, later on I found that everyone knew how to work Half-Twisted Rib, but it still remains a go-to stitch of mine, especially for menswear.

The sample photos above are taken from our new book, Reversible Knitting Stitches, where you will find this and a number of other favourite rib stitches. If you would like to read more about this new book, then please click here.

Well, it's turning cooler so I am going to curl up in front of the fire and knit some more of this sweater.

Last Blogpost: The crispness of the air
Next Up: The way forward with wool

The crispness of the air 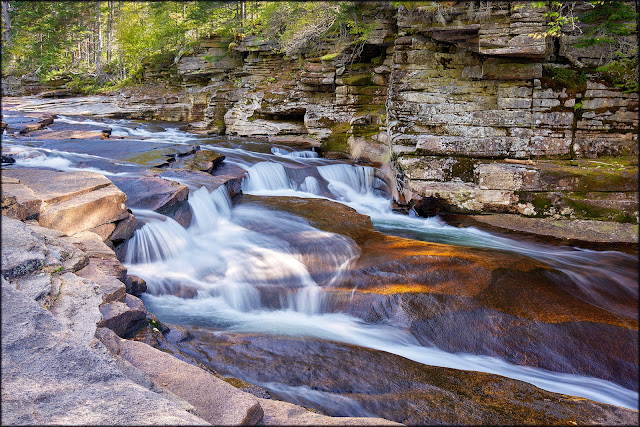 I love this time of year — the crispness of the air, the sharp tang of the early-morning breeze as it touches your face, the colours of the leaves as one by one they change first to yellow then rosy red.

It always comes as a surprise, but also as a reassurance — like the start of a new year. 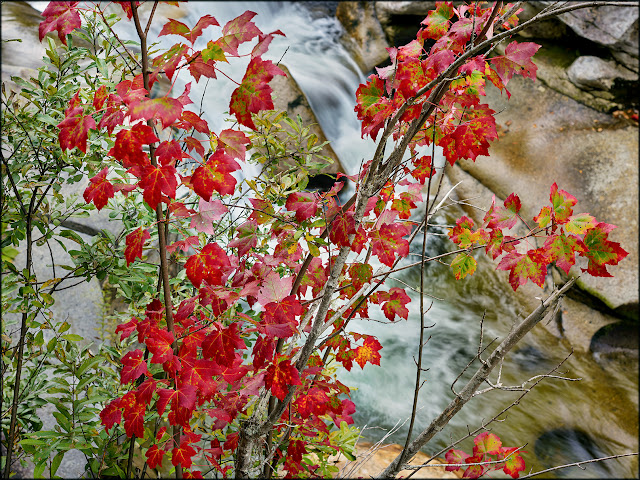 Last week saw us in the White Mountains, one of our favourite places in New England.

I sat on a rock warmed by the late morning sun as my husband scrambled down a ledge towards a waterfall. He set up his tripod and selected his lenses, first one and then another, adjusting to the changing light as it filtered through the leaves. And I knitted. 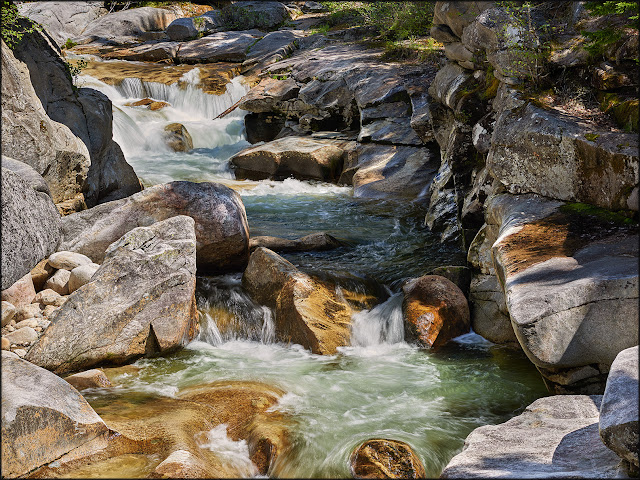 He carefully shifted position to a rock set in the middle of the stream and took a large number of photos until he was happy that he had captured the flow of the iron-rich water over the underlying rocks. 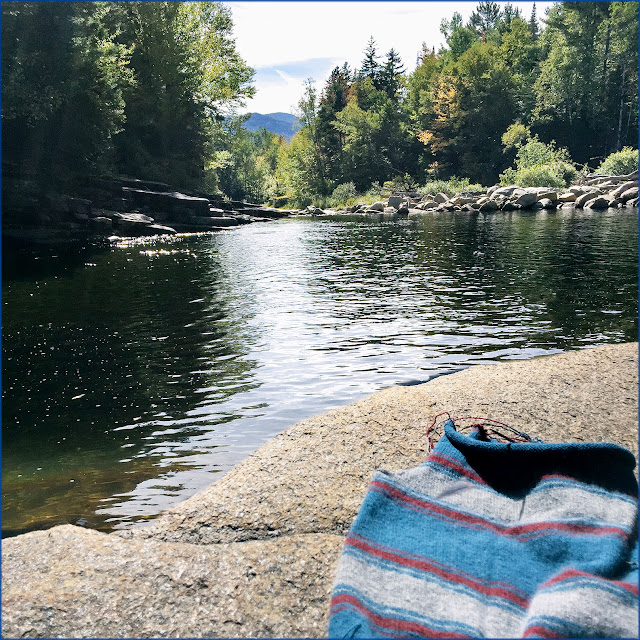 And I sat, listened to the birds, gazed out at the distant hills and knitted — just a perfect day.

Last Blogpost: Choices, choices...
Next Up: Let's (half) twist again