And the results are in! 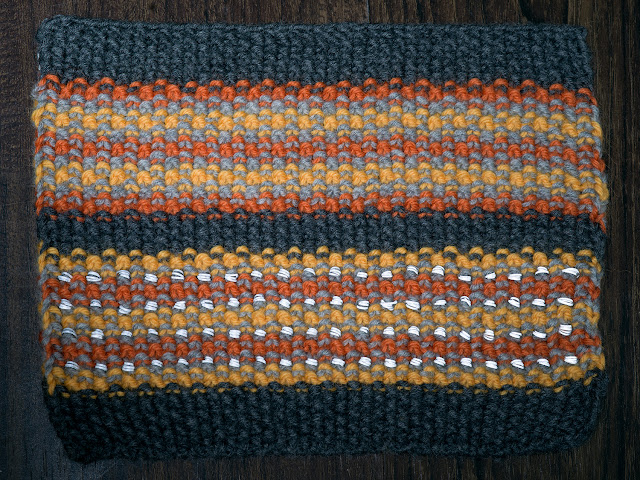 Yes, the results are in! Not of the US Mid-term elections, but of my experiments with reflective yarn. In my last blogpost, I was talking about the problems of being seen when out walking or running now that the nights are drawing in. So I have been testing some RetroGlo yarn and have been trying various techniques to incorporate some of this into my knitting.

And the results are that it works brilliantly (pun intended...!) Or rather, when it works, it's great. I first tried using the reflective yarn by duplicate stitching it into the ends of a scarf but I found that it made the scarf a little heavy and rough where I had added the thread. 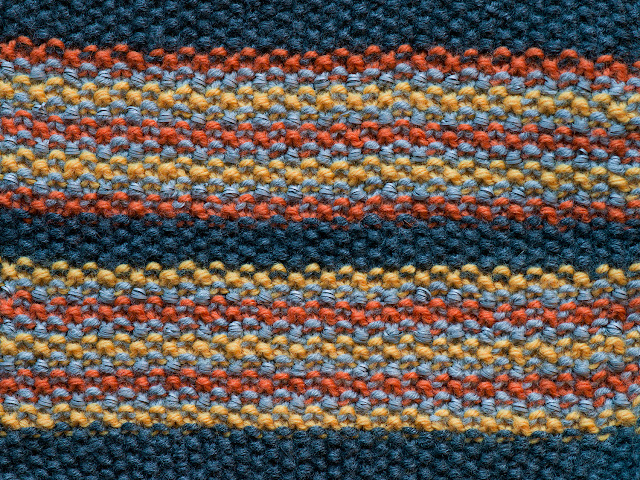 However, I was more successful using it on a pocket for a backpack. I am working this in Lang Merino+ yarn using a two-tone grey with orange and yellow highlights. The RetroGlo yarn was almost a perfect match to the lighter grey yarn and can hardly be seen when viewed in the day-time. 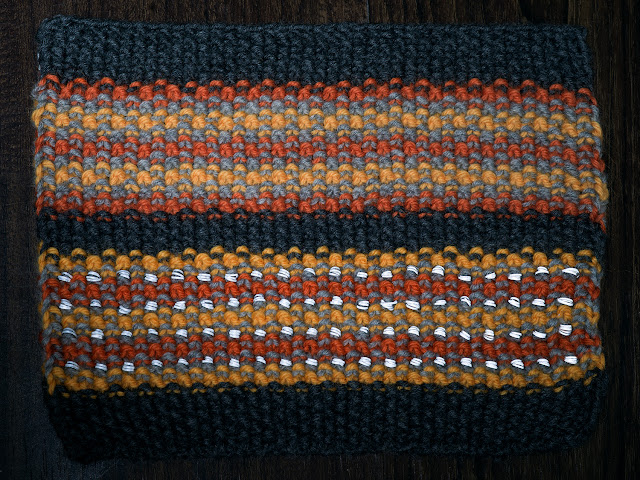 However, as the lights go down the thread just catches the light and bounces it back at you. 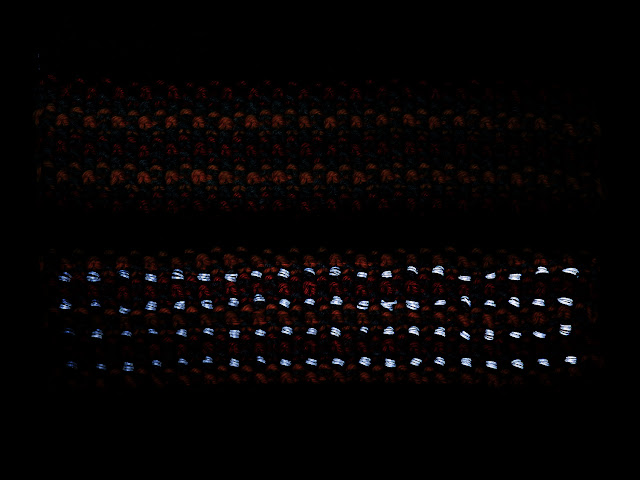 But the real test is what it looks like at night. Then it can be seen as a series of brilliant dots which shine straight back at the source of light, such as a car's headlights. As the light moves a little to the left or right, the pattern of visible dots also changes slightly so they almost seem to flash and move. Amazing!

It has certainly been an interesting experiment so far and of course there may be other reflective yarns that could be worked directly into a pattern. I saw some interesting yarn by Viking Yarns when I was in Sweden recently, for example, so I may give that a try too.

Do let me know if you have tried reflective yarn in your knitting and what worked for you and what didn't. I'd love to hear your ideas.

Last Blogpost: Reflecting the Light
Next Up: Happy Christmas Everyone!