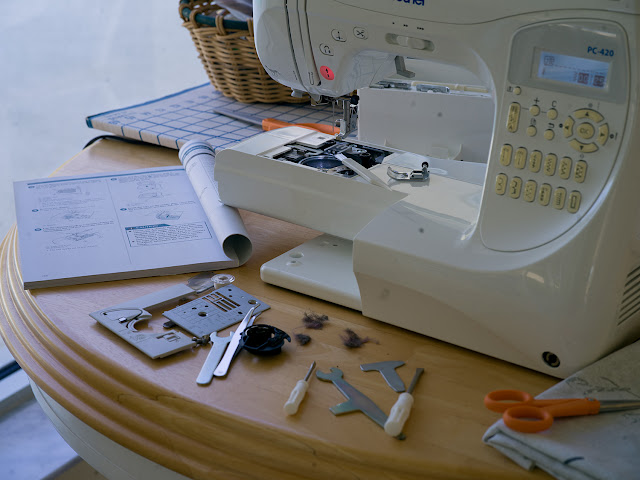 There are days when I truly astonish myself.

What did I do that was so amazing, you ask? Well... drum roll... I fixed a sewing machine!!! OK, you can stop laughing now, but this happens to be the first time I have ever accomplished this feat.

I had recently finished making a skirt and all had gone well. Even a dreaded buttonhole or two had gone without a hitch. However, today was different. I started the machine only to be greeted by a horrible clattering noise! The thread was firmly jammed under the feeder plate.

I snipped away at the tangle until I managed to pull it free and remove the small cut threads. I started again, very gently, only to be greeted by another loud clunking sound and another jam... This time I could not remove the trapped fabric without cutting it away. Thank goodness I was working with an oddment and not the final fabric! 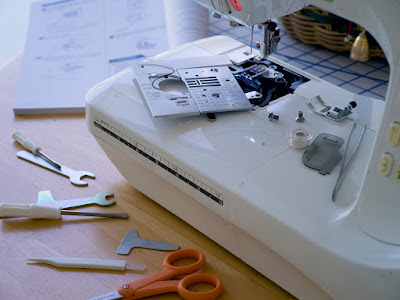 OK, I thought. I’ll lift off the feeder plate and then I can get to the trapped threads. I’ve done that before so didn’t feel phased by the prospect. However, it became clear that the culprit was a large build-up of fluff in what the handbook told me was the “spool holder”.

Apparently I was supposed to clean this on a regular basis! Well, dust bunnies and I are old friends and the idea of stripping down a sewing machine to remove fluff build-up had never occurred to me before.

Did you know you were supposed to do this? It was certainly news to me but then I suppose I can’t actually remember ever reading the instructions so it’s not surprising I hadn’t stumbled upon this piece of information before... 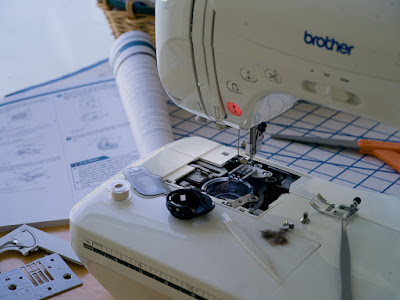 The manual talked about turning the handle until various rotating parts lined up, then removing the spool holder assembly and cleaning underneath. I gulped, then started removing parts until there seemed quite a collection.

By now, I was feeling alarmed and wondering just how many of these would go back where they came from! 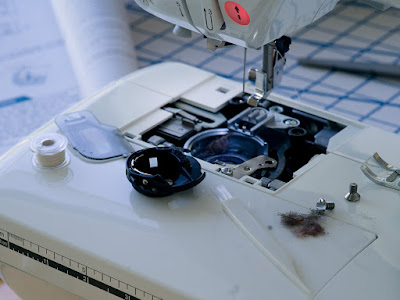 However, 15 minutes later the spool holder was removed to reveal a good-sized pile of fluff inside. That was quickly removed so all I had to do now was reassemble it all...

I took a deep breath and before much longer all parts were back in again. Phew! 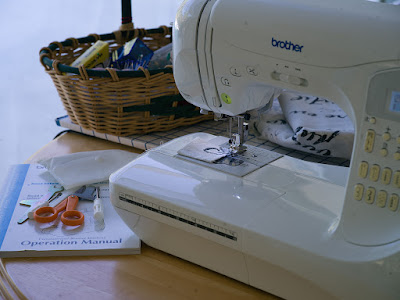 Well, I expect by now those folks with an engineering bent will be laughing themselves silly, but it felt like a major step for me! My first (successful) taking apart of a sewing machine. 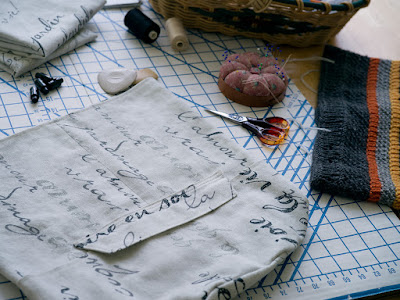 I plugged it in, turned it on and prepared to sew the sample again. A quiet purr came from my new happy machine and a perfect seam formed without a single snag or clunk.