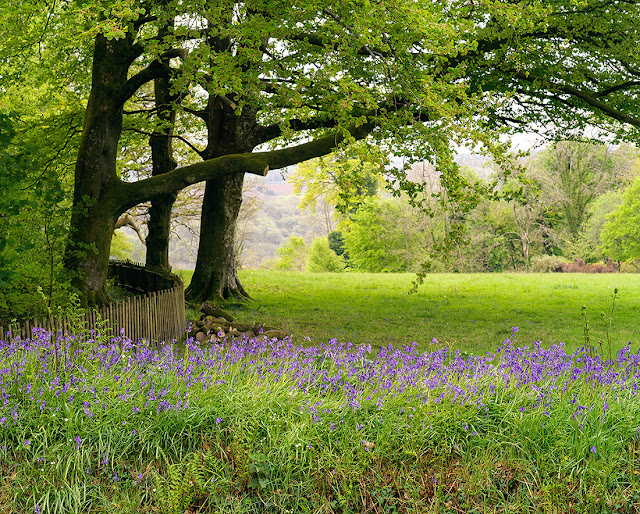 When I was about 8 or 9, I would often cycle for hours with my friend who lived nearby. Those were the days before mobile phones or excessive traffic on the roads and we would venture deep into the hills surrounding our hometown. After several miles of walking our bikes up steep hills and then zooming down the other side, we would stop for lunch in woodlands carpeted with a vast expanse of bluebells. They just seemed to be everywhere, the gentle blue stretching away under the trees and into the surrounding grassland beyond.

So I was so pleased to see bluebells growing in profusion as we drove into Cornwall recently. We just don’t see them in Florida and it is many years since we were in England in the right season. We researched good sites to see bluebells and discovered that a National Trust property called Lanhydrock House was especially noted for the carpets of deeply coloured bluebells lining the approach to the house. 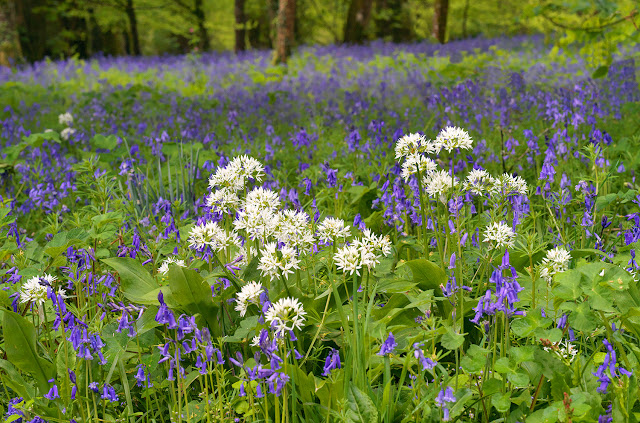 In addition, the woods were perfumed with wild garlic which was flowering alongside. The backdrop of blue really made the white flowers stand out beautifully. 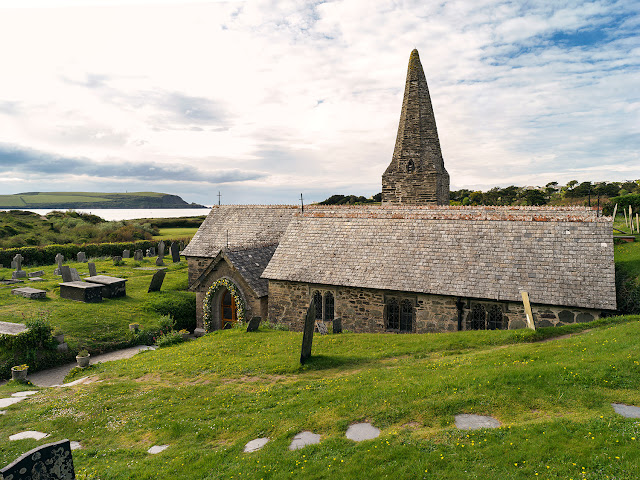 We then drove on through incredibly narrow country lanes to visit St Enedoc’s church nearby. The church is noted for its remarkable history as it was almost completely engulfed by sand dunes in the 19th century. In fact, the local name for the church was Sinking Neddy! The clergy had to hold one service a year for it to remain consecrated and they did this by cutting a hole in the roof and lowering the members of the congregation inside!

These days, access is much easier as the church has been dug out and the dunes stablised. It is a beautiful old church dating from the 12th century and among the people buried there is the British Poet Laureate, Sir John Betjeman. His gravestone looks out towards the bay and the beautiful coastal sunsets beyond. 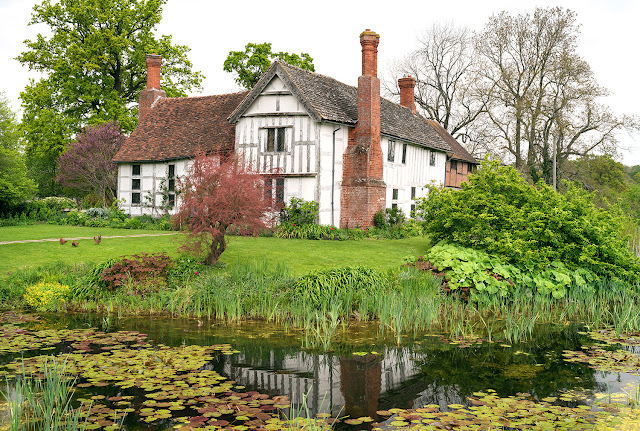 We saw many more bluebells as we drove out of Cornwall going north and encountered some more when we visited a picturesque timbered house called Brockhampton in Herefordshire. I sat and knitted on a bench in the orchard, happily listening to the ducks paddling in the moat and enjoying the afternoon sunshine.

In my next blogpost, we’ll visit some timbered houses in Cheshire and Liverpool. Many thanks again to Tim for his wonderful photos. I love being able to knit in these lovely locations while he frames his shots! If you would like to see more of his work, then please follow him on Instagram. 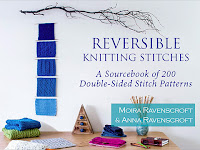 My website: www.wyndlestrawdesigns.com
Our book: Reversible Knitting Stitches
Posted by Moira Ravenscroft at Wednesday, May 15, 2019