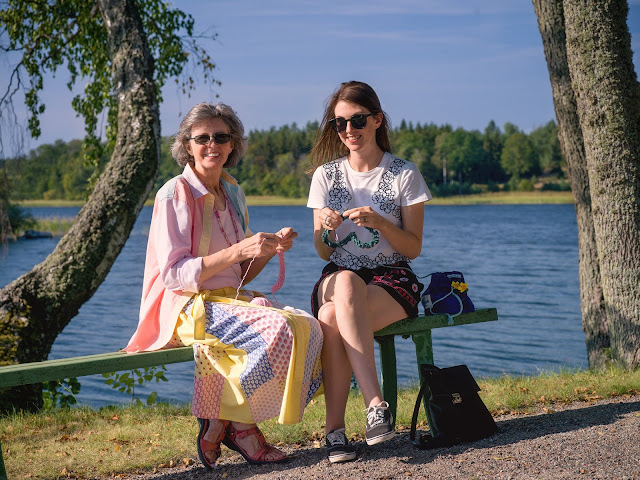 If you have ever perused the deepest recesses of my website, you will see that I have a gallery of places where I like to knit, courtesy of my husband Tim's photos. This gallery spans a long time period from shots of me knitting by a Scottish loch when our eldest daughter was at Edinburgh University nearly 15 years ago right up to earlier this year in Cornwall.

Well, it's time to add another photo to that collection! However, this time Tim has captured a lovely photo of both Anna and I knitting in Sweden. In the photo, I have just started a new pink scarf using the yarn that I was straightening in the last blogpost. Then by co-incidence, Anna has also just cast on a new project! This is going to be a soft cowl in a beautiful variegated green yarn.

It has been gloriously sunny and warm during our visit to Sweden this year and it has been so enjoyable to be able to sit and knit by the side of the lakes and rivers here. In the photo above, we are in the gardens of Grönsöö Palace on the shores of Lake Mälaren just to the west of Stockholm. 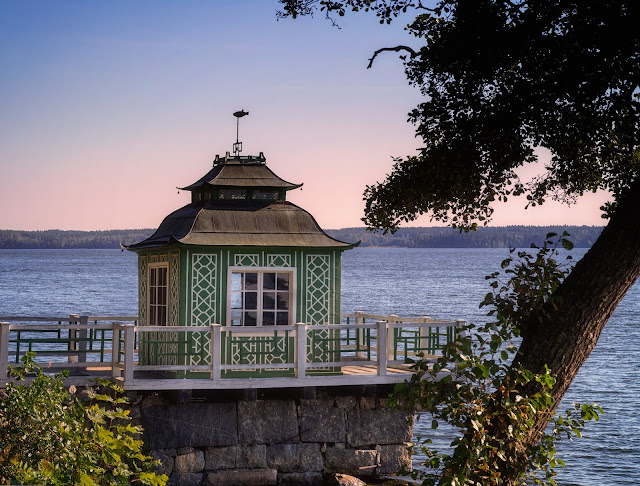 Grönsöö is a beautiful palace with formal gardens in a stunning variety of colours, apple orchards and an ancient lime tree which was planted in 1623! There is also a most unusual Chinese pagoda which was built in the late 18th century. Inside the pagoda, flower decorations have been formed from groups of shells which is a really unique feature of the structure. 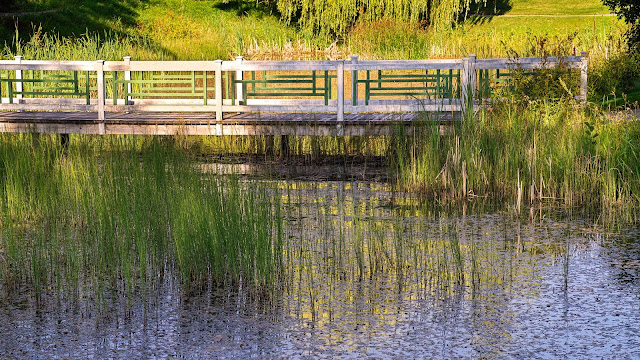 This oriental theme has been echoed in other places in the garden with ponds and bridges which resemble both Japanese gardens and Monet's famous lily pond in Giverny, France. 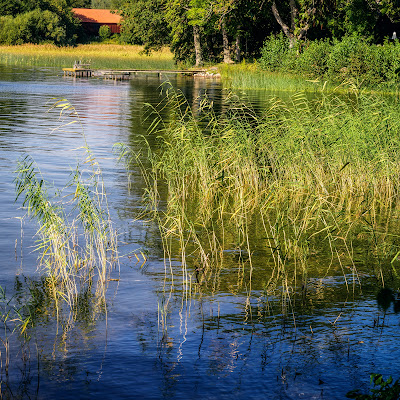 Grönsöö is situated at the end of a long spit of land and originally you could only reach it by boat from the lake. However, there is now a bridge that crosses over a wide expanse of bullrushes and grasses to connect it to the mainland. I stood on the bridge for quite a while and it was mesmerising watching the strengthening wind playing through the grasses and making them dance in the breeze. 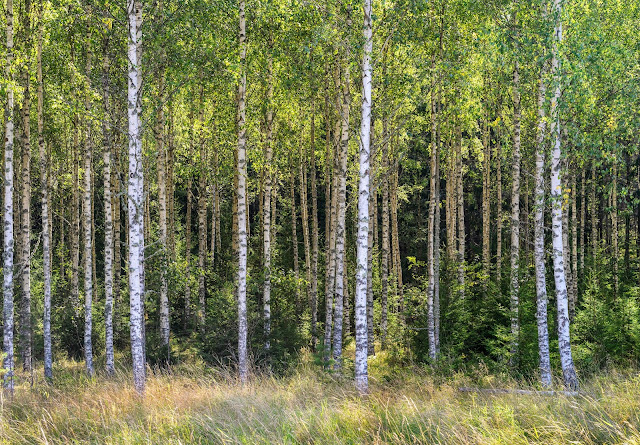 Then on our way back to Anna's house on the other side of the lake, we passed a large stand of silver birches. They are such graceful trees, especially when grouped into such an impressive group as this.

I hope you have enjoyed seeing some of Tim's latest photos from our travels. Please do go and find him on Instagram if you'd like to see more of his work. I'll be adding the latest photo of "Where we like to knit" to the knitting gallery on my website, so if you have an odd minute or two please do have a look there at some of the pictures.

Well summer is rapidly drawing to a close and September is coming very soon. Next time, I am going to start a new series with some quick knits for autumn! This will include ideas for some cozy cowls to try to keep those pesky chills at bay, then I will be following up with hats and scarves that you can start now ready for the winter ahead.

Until then - please keep safe if you are in the path of the coming storm!