For him - the Grantchester Scarf 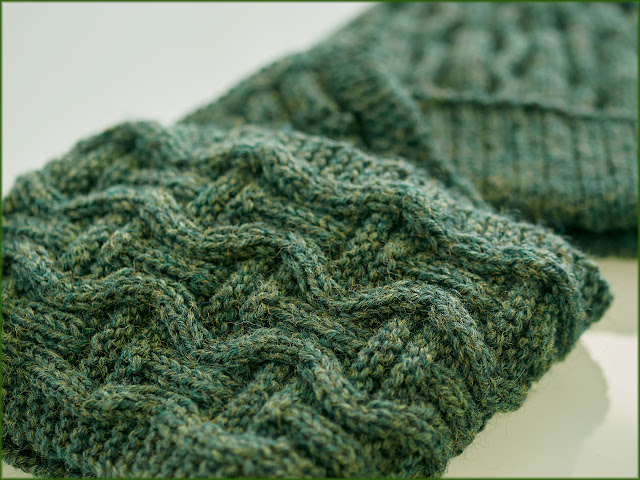 There's a BBC production called The Cambridge Spies which shows the recruitment of some of the UK's most notorious spies from the last century. In this there's a scene where one of the future spies, Guy Burgess, is in college but permanently attired in a heavy wool duffle coat. One of his friends asks him why he is wearing the coat and his reply is one of the classic lines from the series:

"Vladivostok, Moscow, the Kuznets Basin and Cambridge — coldest places on earth. And of the four, Cambridge... permanently the 19th of February."

I expect we could all name a few other places that Mr Burgess should have included in that list — I'd vote for Boston, for sure. The temperatures there are already down below freezing overnight and we're not even into December yet.

So here's this week's #KnittingAhead idea: think of someone you know who lives in a cold climate and knit them something to keep them warm in the deep cold of January and February. This doesn't have to be a Christmas present of course, although that's always a good pretext for a gift. Cozy comforts are always welcome no matter what the occasion.

I'll focus on the chaps in this blogpost and then suggest ideas for ladies next time. Men generally like simple, muted colours in their scarves but with a lot of textural interest. I have a couple of men's scarves already in my pattern store and have just added a new one, the Grantchester Scarf. 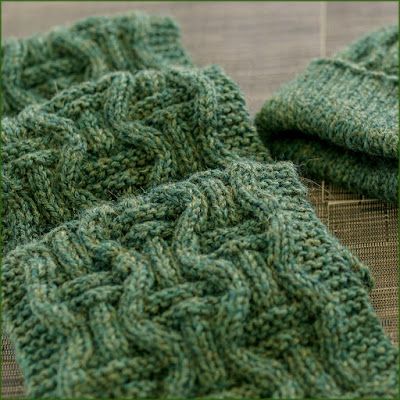 The scarf is worked in a reversible pattern, Ribbon Basket Pattern, from our book, Reversible Knitting Stitches. This is a reversible pattern with a deep, rugged texture that traps the air and keep you warm even when the temperatures really start to fall. I used Knit Picks "Wool of the Andes" for this but any worsted weight, aran or similar yarn would work well.

There are two different widths, a 20cm/8 ins size and a larger 28cm/11 ins version. I have also suggested three different lengths from a short neckwarmer-style to a long wrapping version as a real wind-stopper. Have a look at my earlier blogpost for ideas on scarf lengths to see what might suit you best.

So grab your needles and send some instant warmth to someone you know living in Vladivostok, Cambridge or somewhere equally cold!!

For more information about the Grantchester Scarf pattern, please click here. The pattern is available for instant download from the site.

Last Blogpost: Home for the holidays
Next Up: New reversible pattern — the Scottswood Stole